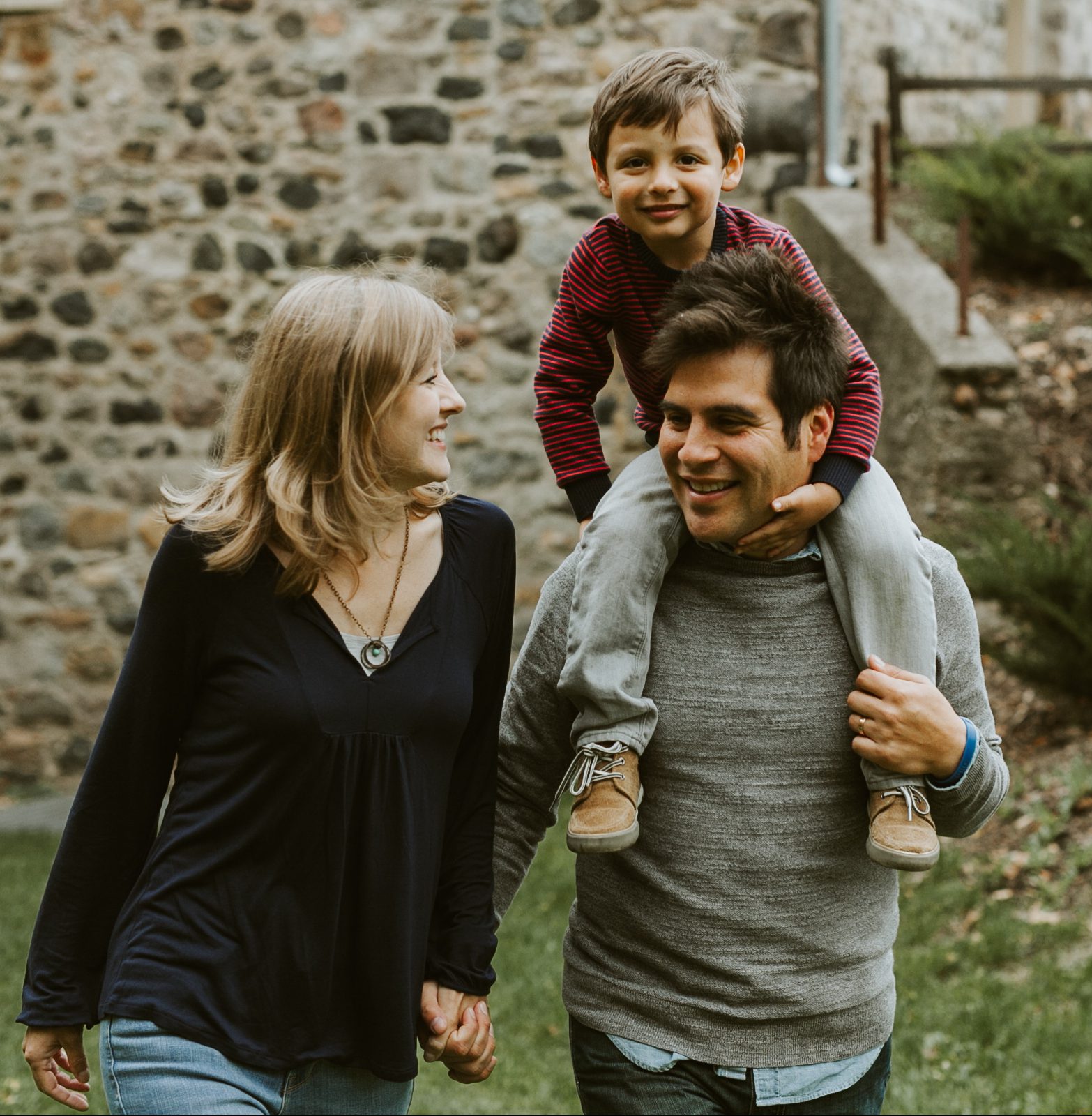 I am a 40-year-old woman with cystic fibrosis. I am also a daugher, sister, wife, mother, teacher and friend. Most importantly I'm God's child. This blog is about my life including the challenges and blessings of living with cystic fibrosis, my faith, my family, and more!

Thanks for stopping by!

It’s been a while since I’ve posted a health update and as we’re snowed in today, I thought I’d take advantage of some unexpected down time!

Overall this winter has been better than last.  Last year I had two serious illnesses that took me down for weeks and resulted in lung function loss. This winter hasn’t been the greatest either as this is our first cold and flu season with Lucas in preschool and many viruses have traveled via Lucas into our home.  We’ve all been sick several times, Lucas and Jaime getting by with a few days of light symptoms. I have required oral antibiotics twice, but at least once, I was able to get through the virus before it caused a secondary lung infection.  That is a wonderful, wonderful thing, and knowing my body can sometimes heal without additional intervention brings me hope. Thankfully none of my illnesses have been seriously debilitating or hit me with the viciousness that last year’s bugs did. I’m very grateful!

I am currently finishing up a three week round of oral antibiotics. I saw some improvement in my condition after about five days on the medications, but after two weeks, I wasn’t where I needed to be. I was still struggling with a tight cough, and high levels of inflammation were preventing me from clearing some congestion left over from the infection that I could feel deep down in my lungs.  I contacted my doctor this weekend and he prescribed a round of oral steriods to help open things up. It has been working and I’m optimistic that this will do the trick.  And you’d never know it today with all this snow, but spring is coming! I will be so relieved once we get out of this relentless cold and flu season.

Today was an awesome snow day. Temperatures were comfortably in the 30s and so Lucas and I headed outside to play. The snow was excellent for building!  We got pretty wet but we built a nifty little snow fox which Lucas named Bubbles (because Bubbles is the first thing that comes to mind when you think fox, right?!). Then we threw snowballs at the trees, made tracks, and had a blast sledding.  We got some pretty good speed on our little hill and Lucas enjoyed employing the “roll out” method he learned at school after we flew into the street a few times. I was super thankful for the steroids after the 100th time trudging up our driveway in the deep snow.  Our driveway is pretty short but the incline is no joke!  Lucas is fighting off a cold right now so he agreed it was time to go in after a mere two hours due to the slightest reduction in energy. You gotta love the silver lining!

Lucas also wanted to try some hot cocoa when we got in! His willingness to try new things has increased so much over the past several months. I knew he was unlikely to actually drink it, so I made him a very small cup.  He stuck his tongue in exactly four times and said, “Mommy, I love it!  But that’ll be enough.” Typical Lucas 🙂

I hope you enjoy some pictures of our snow day. Until next time! 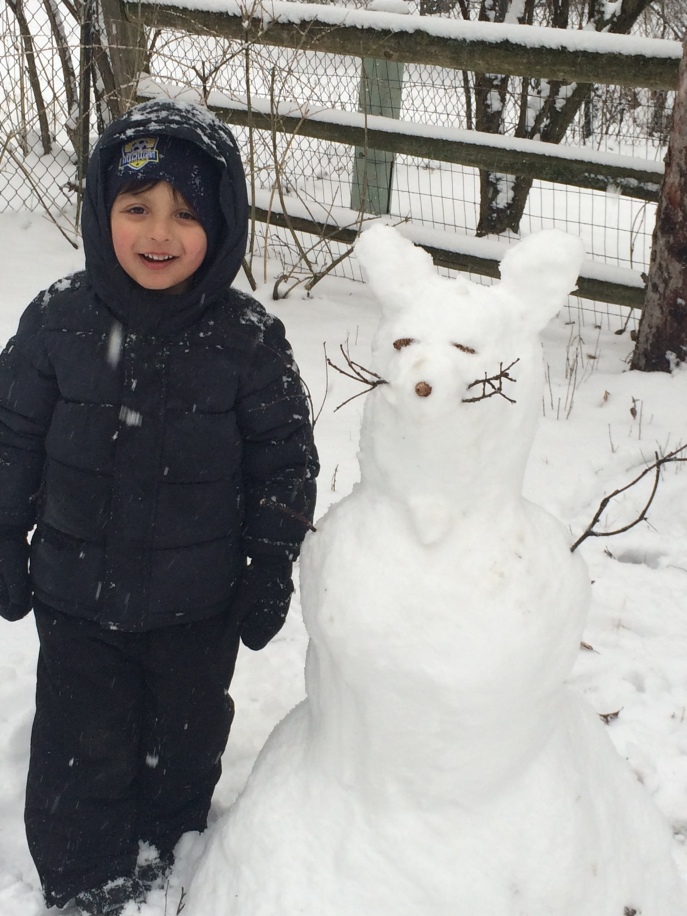 This tree gives Jaime nightmares (he’s afraid it’s going to fall on our garage) but the weighed down snow-covered branches made an awesome little snow canopy! 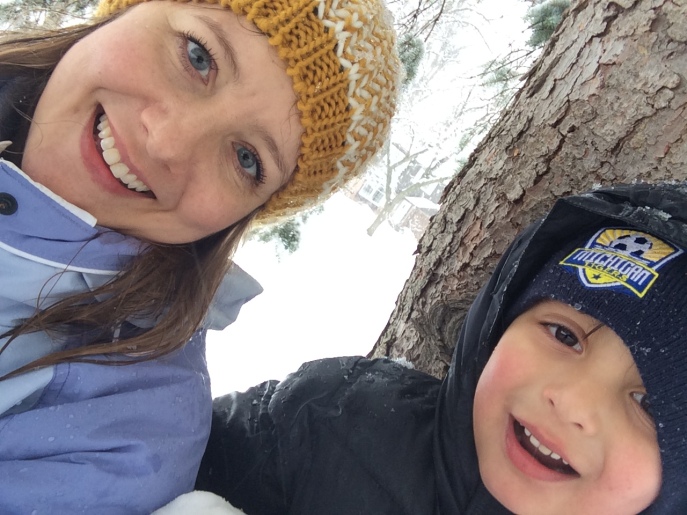 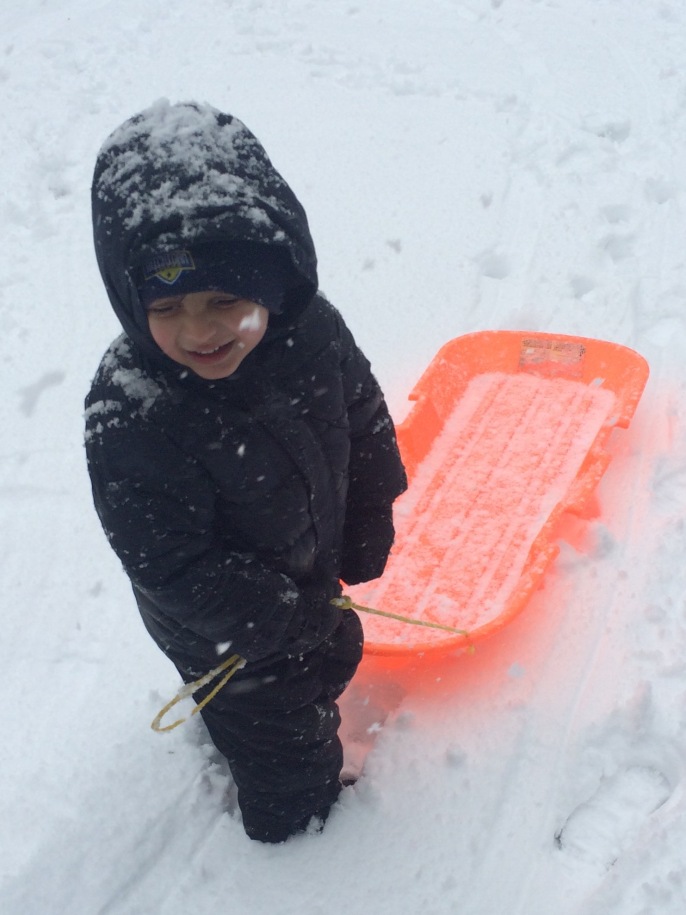 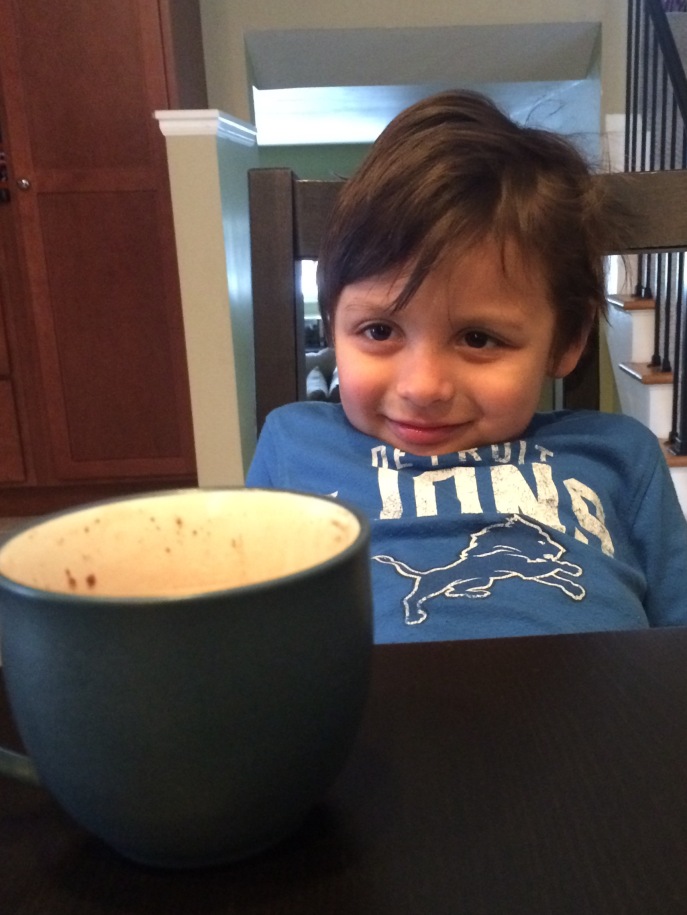 Jaime and I started dating when we were spring chickens…just 17 years old. The first week in January we celebrated our 20 year anniversary. It’s been 20 years since he worked up the courage to tell me he’d like to hang around with me a little more because he thought I was pretty special.

Twenty years makes me feel ancient!  To ease the pain of aging and to commemorate this grand occasion, Jaime surprised me with a card and a gift.  There were two parts to the gift–first, he made me a CD with songs and included a key as to why he picked those songs. Some of them were selections from 20 years ago. Others were ones we’ve heard together just recently. They all have some meaning for our relationship. My favorite song on the CD is “I’d Pick you Every Time” by Noel Gallagher’s High Flying Birds.  In the explanation, Jaime said that given the chance to chose me again, he would, and it would be the easiest decision ever. That’s high praise and comforting to hear since my health issues have made life difficult for Jaime on many occasions. I’m glad (and relieved) that he doesn’t regret choosing me!

The next part of the gift was something to help me in my health and exercise goals, a Fitbit! I never realized how much I needed a Fitbit until I got one 🙂  A Fitbit is a fitness tracking device.  My particular model (the Charge HR) tracks how many steps I take in a day, how many miles I walk, how many flights of stairs I climb, how many calories I burn, and how many minutes I’m active in day.  It also records exercise, monitors my heart rate, calculates resting heart rate and let’s me know how long I’ve slept each night and what my sleep quality was like. The sleep quality report is done by tracking restless movement, times I awake in the night, and deducting those minutes from my overall time asleep. It comes with preset goals in all these areas, and you can customize it to be reasonable for your lifestyle. As Lucas would say, it’s super cool. 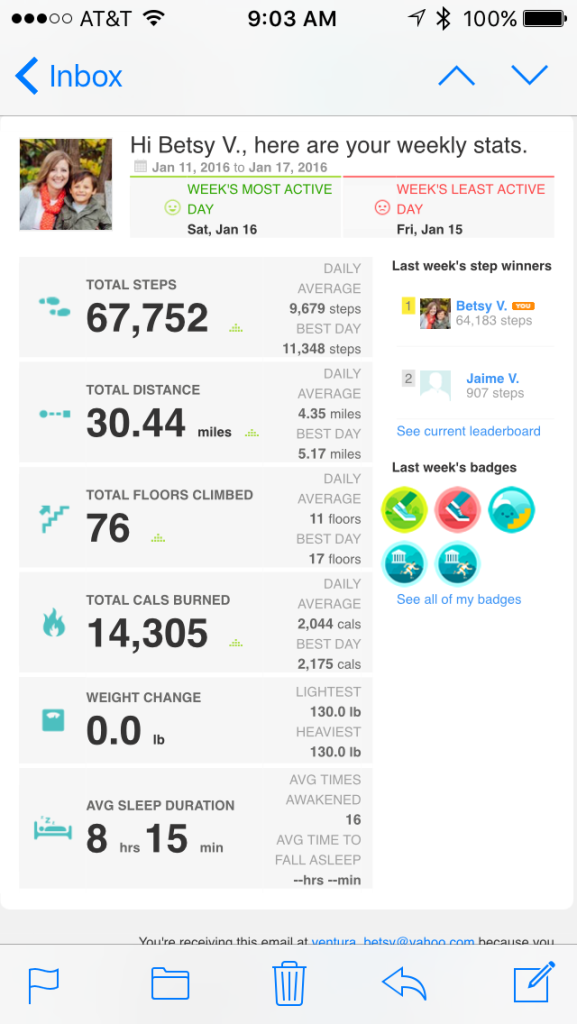 What my heart was up to that day. 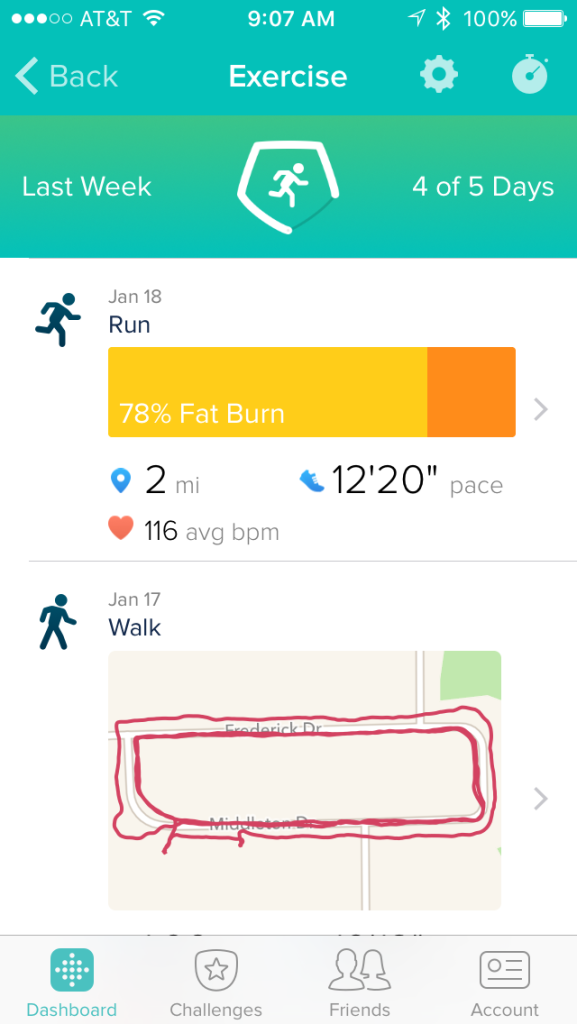 Exercise record including a map of where I walked. 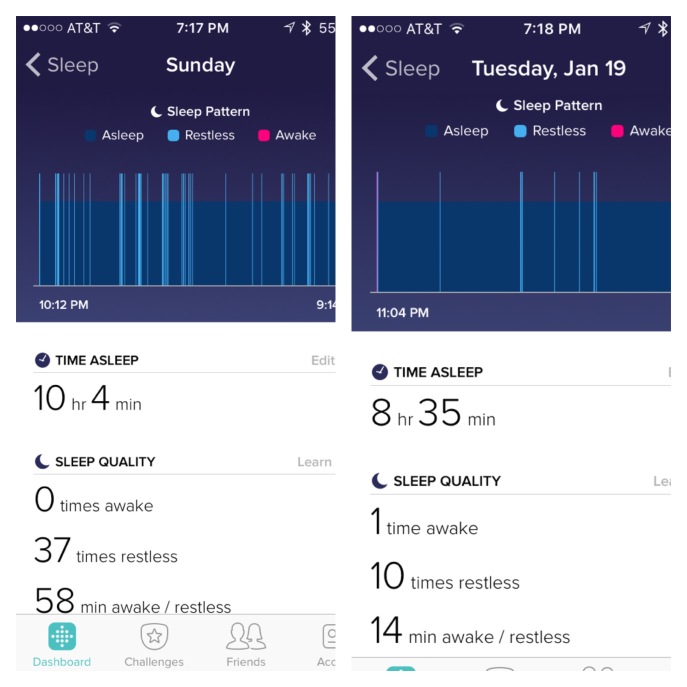 Besides all the data (which I love) the best thing about the Fitbit is it has gotten me moving.  I only do intense exercise three days per week as that’s all my time and energy will allow.  But I realized there’s no reason I can’t go for a stroll in the evening while Jaime is putting Lucas to bed, or spend 10 minutes walking on the treadmill even on an “off” day. After a few weeks of doing that, I noticed I was feeling stronger on my exercise days. Exciting!

I’d like to say that grand new heights have been reached, but sadly I got a virus two weeks after getting the Fitbit so I haven’t been able to do as much these past weeks.  When I’m all better, I’m hoping to get back at it and see if the extra movement increases my energy and fitness.  I’m feeling optimistic that it will.

I’ll never be as physically fit as I was 20 years ago when I started my relationship with Jaime, but any improvement would be welcome. Besides, I have it on good authority that he loves me just the way I am. 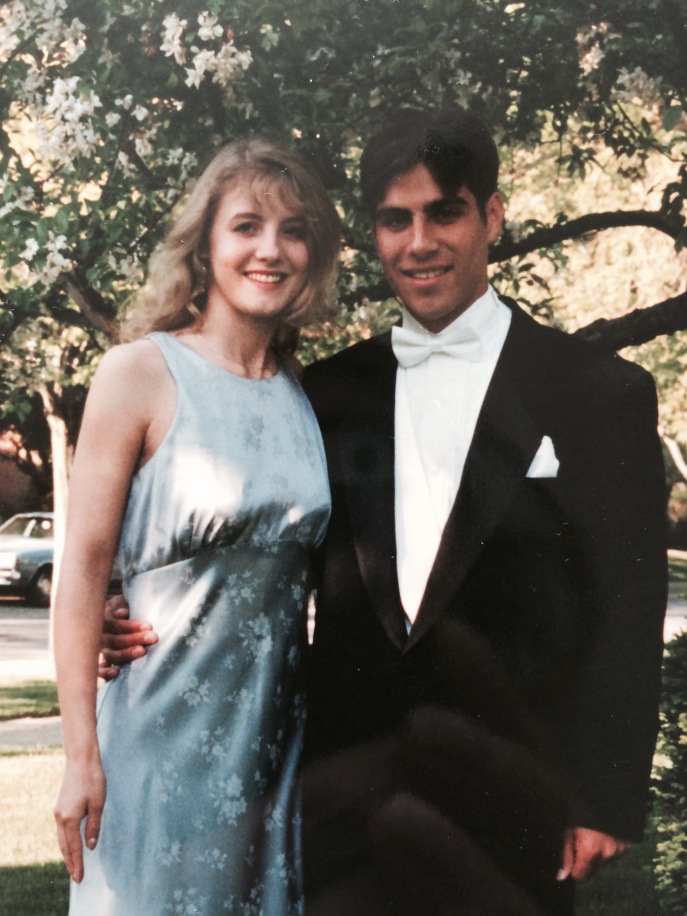 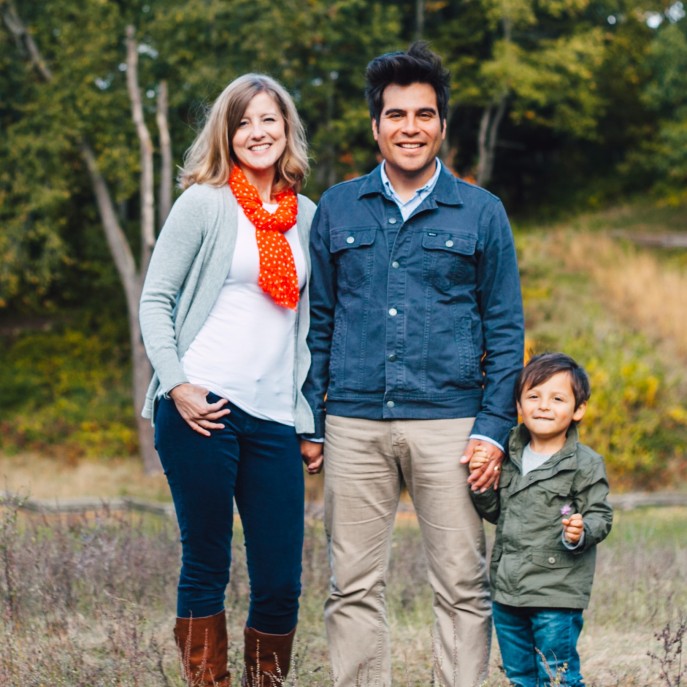